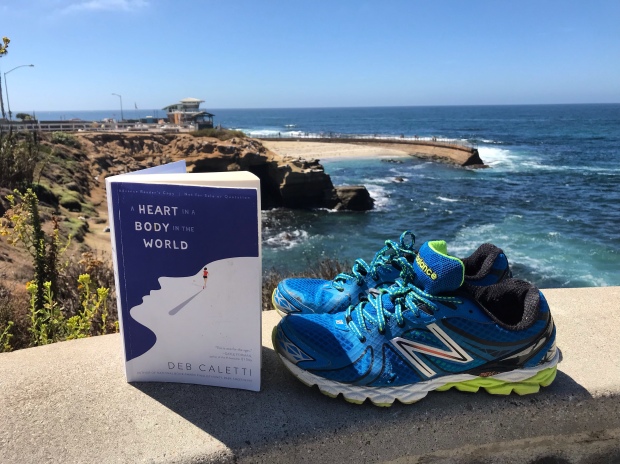 Happy Book Birthday A Heart in a Body of the World! It is the release day of this wonderfully written novel by Deb Caletti.

When everything has been taken from you, what else is there to do but run?

So that’s what Annabelle does—she runs from Seattle to Washington, DC, through mountain passes and suburban landscapes, from long lonely roads to college towns. She’s not ready to think about the why yet, just the how—muscles burning, heart pumping, feet pounding the earth. But no matter how hard she tries, she can’t outrun the tragedy from the past year, or the person—The Taker—that haunts her.

Followed by Grandpa Ed in his RV and backed by her brother and two friends (her self-appointed publicity team), Annabelle becomes a reluctant activist as people connect her journey to the trauma from her past. Her cross-country run gains media attention and she is cheered on as she crosses state borders, and is even thrown a block party and given gifts. The support would be nice, if Annabelle could escape the guilt and the shame from what happened back home. They say it isn’t her fault, but she can’t feel the truth of that. 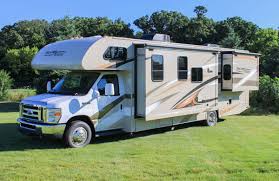 Through welcome and unwelcome distractions, she just keeps running, to the destination that awaits her. There, she’ll finally face what lies behind her—the miles and love and loss…and what is to come.

It is hard not to label this a self-help book because it isn’t. However, one could call this a book about healing. At the beginning of the novel, it is not certain what happened to Annabelle. Something had happened to her because she begins the novel having an anxiety attack (panic attack?). She then decides to run it off, which is a great way to go release some tension. You feel what she feels when you read the novel. She had experienced some major heartbreak, trauma, and loss. She is angry, and she has the right to feel that way.  The way that Mrs. Coletti has written her novel is respectful to those that are dealing with Post-traumatic Stress Disorder. You feel what Annabelle is feeling. As every foot hits the pavement, sand, dirt, you feel it.

The taker, as he is called, unfortunately, hurt her. Whatever he did to her was devastating. To not spoil the novel, what he did was enough to warrant his name.

The trip across the country and the people she meets along the way makes the journey palatable as you experience the stages of grief with her. Without rehashing the synopsis, the relationship with her grandfather and her friends feels completely genuine and relatable. The dinners he makes for Annabelle, and the way that he takes care of her as she recovers from every 16 miles is incredible.

Of course, I enjoyed the mix tape that she received as a birthday gift, as well as the copy of Endurance that she read cover to cover several times.

I would give this a five out of five based on the topic, and the genuine emotions that we feel as we bear witness to her pain.

I received this novel when I visited YALLWEST in May. I held on to this, and didn’t read this until last week. It was definitely worth the wait.

Thank you to Simon Teen for the ARC and Deb Caletti for an awesome novel with so many complex issues beautifully woven together.