Following in the footsteps of her überfamous grandma, eighteen-year-old Evie Jones is poised to be Hollywood’s next big star. That is until a close friend’s betrayal leads to her being blacklisted . . .

Fortunately, Evie knows just the thing to save her floundering career: a public appearance with America’s most beloved actress—her grandma Gigi, aka the Evelyn Conaway. The only problem? Gigi is a recluse who’s been out of the limelight for almost twenty years. Days before Evie plans to present her grandma with an honorary award in front of Hollywood’s elite, Gigi does the unthinkable: she disappears.

With time running out and her comeback on the line, Evie reluctantly enlists the help of the last person to see Gigi before she vanished: Milo Williams, a cute musician Evie isn’t sure she can trust. As Evie and Milo conduct a wild manhunt across New York City, romance and adventure abound while Evie makes some surprising discoveries about her grandma—and herself.

I enjoyed reading Now That I Have Found You! I felt that it was a fast but enjoyable read. It was realistic and very emotional. The betrayal of her friend Simone was harsh. I felt that Kristina Forest conveyed the reaction and the depression accurately. Evie did a Britney Spears 2007! I also felt that the relationships Evie had with her family was strained but the betrayal only helped to make the bonds stronger. Without giving spoilers, I liked Milo. He was dreamy and the band hilarious. Great read!

As a reader, I was intrigued by Evie’s metamorphosis throughout the book. I’m grateful that her story is unique in that she grew up privileged. It shows that us Blacks have more than one story and it’s not being in poverty. I felt that Evie’s strong connection with her grandmother is one that I had as well. The fact that Evie was betrayed by a friend (not a spoiler) is universal. It can happen to anyone. I do like how @kristinaforest_ Created these characters that can be realistic. Milo is a guitar player and in a rock band. I enjoyed reading that and I can definitely picture that. The fact there is also a wealth disparity between Evie and Milo shows how families have different struggles and experiences.

This book aesthetic represents scenes in the book. I enjoyed the music/acting component of the book the most. 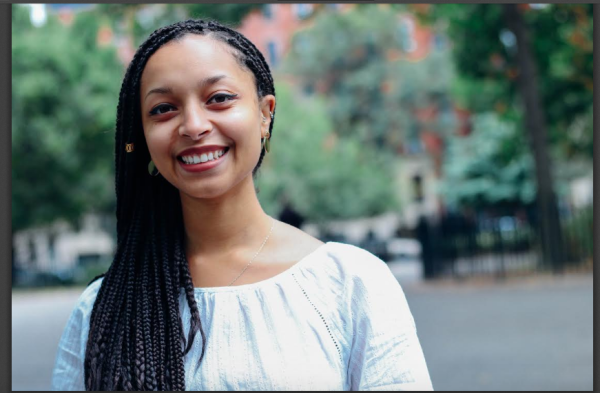 Kristina Forest is the author of I Wanna Be Where You Are and Now That I’ve Found You. She earned her MFA in Creative Writing with a concentration in Writing for Children at The New School. She lives in Brooklyn, New York with two huge bookshelves.

Kristina Forest is the author of I Wanna Be Where You Are and Now That I’ve Found You. She earned her MFA in Creative Writing with a concentration in Writing for Children at The New School. She lives in Brooklyn, New York with two huge bookshelves.

Favorite books: When You Reach Me by Rebecca Stead, If You Come Softly by Jacqueline Woodson, Devil In Winter by Lisa Kleypas and Americanah by Chimamanda Ngozi Adichie

Favorite song: “The Beautiful Ones” by Prince